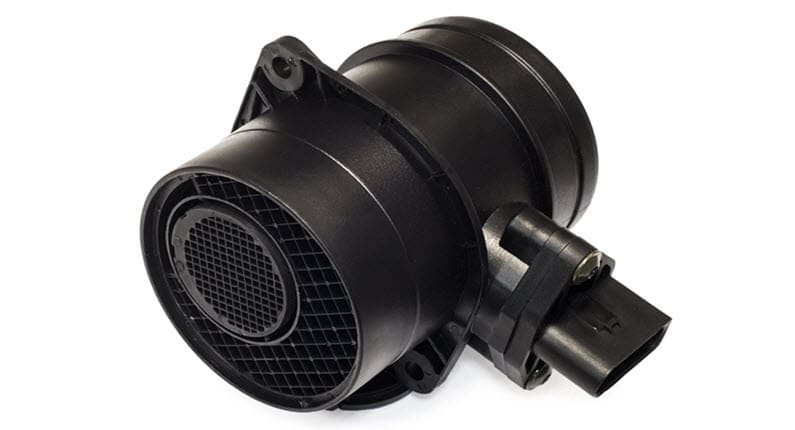 Your Mercedes is a stable vehicle that was built to last for a long time. When you bought it you knew that you would own it for many years. During those years you have come to expect that the functionality would last. As your Mercedes ages, there are going to be certain parts that fail and need to be repaired or replaced. One such part is the MAF sensor. Below you will find out more about what the MAF sensor is and what signs of failure to look for.

In order for your Mercedes to properly operate, the engine needs to have the correct mixture of air and fuel running through it. If there is too much or too little of either part, the engine is going to be compromised.

So, in order for the air portion of the mixture to be correct, it is monitored by the Mass AirFlow (MAF) sensor. The MAF sensor is responsible for calculating the amount of air that is coming into the vehicle and sending this information to your Mercedes’s computer. Based on the readings from the mass airflow sensor, the computer will then make any and all required adjustments to the engine airflow.

The way the MAF sensor is designed is simple. The part consists of 2 wires. One wire is heated and the other is cool. The readings are produced by determining what current is required for keeping the heated wire at 200 degrees Fahrenheit. This measurement is what is sent to the computer of your Mercedes.

The first sign to look for and be aware of is lean idling. As stated before, a properly-balanced mixture of air and fuel is required for optimal engine function. If the MAF sensor has failed, then incorrect or no readings will be sent to the computer. This will cause the engine to have too much air in the system. The increased amount of air in the engine will lead to a failed combustion process. So, when you are attempting to start your engine, it may take a couple of tries because the overflow of air in the system is preventing proper and complete combustion.

The second sign that will point to MAF sensor failure is a delay in acceleration. You will notice this occurs whenever you are attempting to reach higher speeds. When you step on the gas pedal, the response may not be immediate. A failure in the MAF sensor can cause this issue because the sensor will disrupt the amount of gasoline that is getting to the engine. So with a lack of gasoline, there will be a delayed response in acceleration.

The third sign that you can use to identify MAF sensor failure is excessive gasoline consumption. When the MAF sensor is not working as it should, the readings the computer is getting is inaccurate. So when this happens, the incorrect amount of air is being pumped into the mixture. This will cause more gasoline to be used in order to make up for the lack of air being used. You will notice this when you are constantly having to fill up your Mercedes’s fuel tank.

One last sign and the most common symptom that will let you know there is a MAF sensor failure, is an illuminated check engine light. Whenever there is an issue with a part in your Mercedes that is controlled by a computer, you will know about it because a service light will illuminate on the dashboard. You can expect this same thing to occur when there is a MAF sensor failure. The check engine light will come on, and you will need to take your Mercedes to a shop to have a diagnostic test run.

Now that you know the signs that will help you to 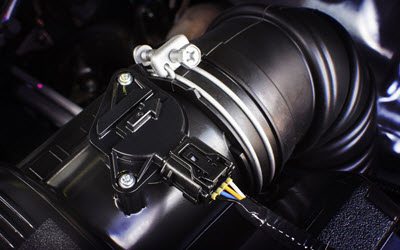 identify MAF sensor failures, it is time to have that failure fixed. The failure could be caused by faulty wires in the sensor, dust and grime, or general wear and tear. Any and all of these causes should be looked at and identified by a trained and certified technician. You will be able to find just that here at Turning Wrenches in Louisville, KY. We will use the most up-to-date tools and equipment in order to properly diagnose the MAF sensor failure. Once the issue has been identified, we will work with you in forming a repair or replacement plan. You will leave our shop happy and satisfied with the work that was done on your Mercedes.